Will India be the first to see a Hyperloop One train in action?

In July 2019, the Indian Government gave the final nod for construction of a Hyperloop train between Mumbai and Pune. While several countries worldwide have unveiled plans to build this version of a high-speed train for years, India might take the lead in doing so. Varsha Saraogi takes a closer look at the project.

All images and video: Virgin Hyperloop One

he rail industry is increasingly embracing technology. Concepts such as automated, maglev and high-speed trains are now becoming a reality. One futuristic concept is the Hyperloop - an ultra-high-speed ground transportation system akin to bullet trains - developed by Tesla and SpaceX CEO Elon Musk.

Musk open-sourced the basic design in 2013 in the form of a whitepaper. There are now a number of companies working to build the idea and among those is the Richard Branson-backed Virgin Hyperloop One which aims to do so in India by linking Mumbai and Pune.

“I believe Virgin Hyperloop One could have the same impact upon India in the 21st century as trains did in the 20th century,” Branson said in a statement. “Virgin Hyperloop One can help India become a global transportation pioneer and forge a new world-changing industry.”

Since the pods travel in a tube, they are not subject to shutdowns due to harsh weather, such as snow or polar vortexes

How does it work?

Branson described the Hyperloop as “a pioneering technology with the power to create a fundamental, massive shift in human ingenuity.”

“Over the course of the next 50 years, hyperloop technology will spearhead a revolution in transportation,” he wrote in a post for Wired.

In terms of technology, the Hyperloop works through magnetically propelled capsules or pods which move through a low-pressure, near-vacuum tube that carries passengers or cargo at over 1,000km/h. In addition, since the pods travel in a tube, they are not subject to shutdowns due to harsh weather, such as snow or polar vortexes.

The low pressure minimises friction and air resistance, therefore reducing the power needed and allowing the ultra-high-speed hovertrain to take minutes rather than hours to reach a destination.

In May 2016, Hyperloop One successfully conducted a propulsion open-air test in Las Vegas where a sled accelerated to 136mph in 2.2 seconds becoming the first company to be able to have achieved it. A full-scale test track was then constructed in Las Vegas. 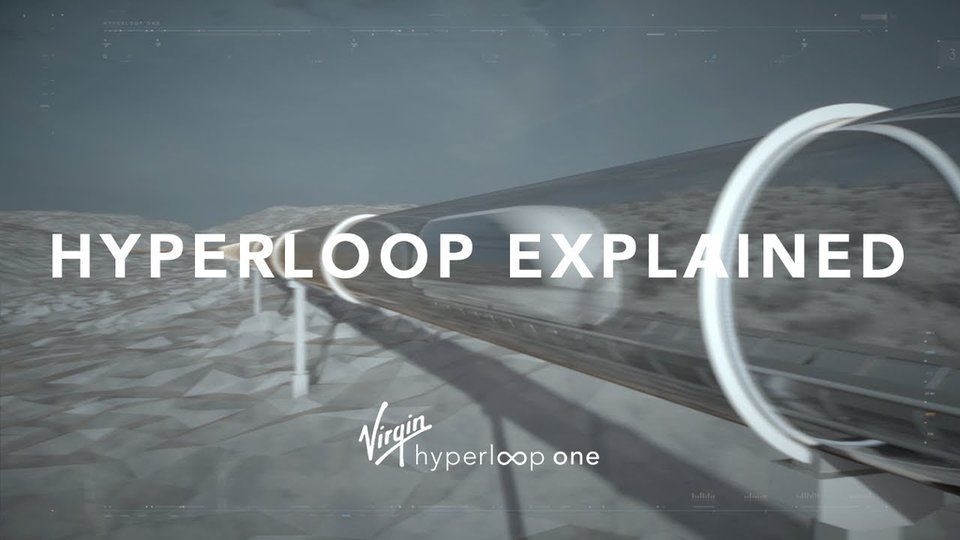 Video courtesy of Virgin Hyperloop One

Advantages for the Indian economy

While the Hyperloop project is making strides globally with its first 10km stretch set to open by 2020 in the UAE and developments in the US, China and parts of Europe progressing, India might become the frontrunner to build the first Hyperloop.

In July 2019, the Indian Government approved a consortium between Virgin Hyperloop One and DP World - a ports and logistics operator in India which will invest $500m in private capital for the project – naming them the Original Project Proponent for the project.

CEO of Virgin Hyperloop One, Jay Walder believes the project “is history in the making.” He continued: “The race is on to host the first hyperloop transportation system in the world, and today’s announcement puts India firmly in the lead, This is a significant milestone and the first of many important steps toward bringing Hyperloop to the masses,”

The proposed link connecting Mumbai and Pune will slash the current 3.5 hours travel time to under 35 minutes. Currently, the two cities witness 75 million passenger journeys between them annually – a figure that will expectedly rise to 130 million by 2026. The Hyperloop aims to undertake 150 million passenger trips annually, along with transporting lightweight cargo units.

Alongside alleviating transportation woes, the Hyperloop might prove to be a boon for the Indian economy. The project is set to “generate hundreds of thousands of new high-tech jobs, create over $36bn in wider socio-economic benefits, and create new hyperloop component and manufacturing opportunities to export to India and the rest of the world,” the company claimed.

The Mumbai-Pune Hyperloop isn’t the only project in the race. US-based research company Hyperloop Transportation Technology announced plans to connect Vijayawada and Amaravati in the south-eastern coastal state of Andhra Pradesh and the project has even gone beyond the memorandum stage.

Hyperloop’s success in India largely depends on the regulatory framework

While the Hyperloop promises to change the rail industry, it is still a theoretical transportation system tested at lower-speeds and has never been tested with human passengers.

Hyperloop’s success in India largely depends on the regulatory framework. Challenges such as engineering issues, land acquisition, safety standards, and a tough customs regime have in the past - plagued other infrastructure projects in the country.

Despite the challenges, Branson said in a statement that a Hyperloop demonstration track would be built within two to three years of the final agreement, and the project would take a further five to seven years to complete.